Join us for a reading with Vojislav Pejović author of American Sfumato  including a cello performance by Robyn Neidholdat City Lit Books on Thursday, November 7th, 2019 at 6:30 PM. 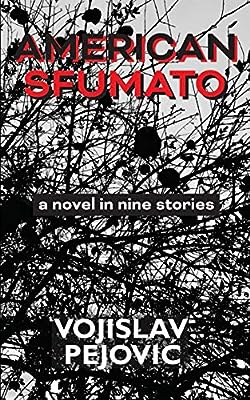 American Sfumato consists of nine interconnected, mesmerizing stories about Miloš, a neuroscientist by day and memory traveler by night, who tries to assemble pieces that constitute his itinerant, immigrant existence. The book was written in parallel in English and Serbo-Croatian, and previously published, to critical acclaim, in Serbia, Montenegro, and Slovenia. In 2016, it was nominated for Meša Selimović Prize, the most prestigious literary award for a novel published in Bosnia, Croatia, Montenegro, or Serbia, and was short-listed as Montenegrin entry for the 2017 European Union Prize for Literature.

Vojislav Pejović was born in Montenegro, former Yugoslavia. His publications include two critically acclaimed novels, The Life and Death of Milan Junak and American Sfumato, and translations of Charles Simic’s poetry into Serbo-Croatian. He lives in Evanston, IL.

"Vojislav Pejović dissects a mind in displacement and converts it into poetry rendered in meticulously thoughtful prose. American Sfumato is loaded with experience, energized by writing that is beautiful, precise and generous. You’ll be carrying this book around, so that you can return to it at moments of pain and joy or read it aloud to the ones you love."

"A heady, vertiginous series of stories that invent their own chronology as they trace a life across wars and continents and love affairs."